The question should be asked just how long do panic attacks last? For those who have experienced a panic attack, they know just how intensely stressful the experience can be. The attacks can be so severe that physical symptoms warrant that the person is hospitalized, as many people mistake the panic attack for a heart attack. 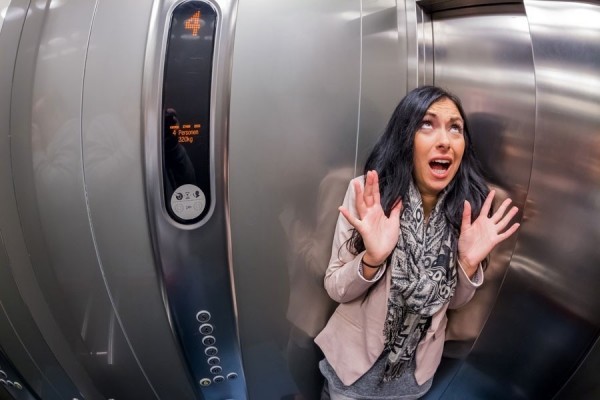 Symptoms May Be Different However The Timeline May Be Similar

A panic attack follows a similar schedule however one should note that the symptoms themselves will be different from person to person, and this determines how the person will react to their anxiety.

The panic attacks tend to go through very particular stages that may be similar for several people. So how long do panic attacks last? Below is the following structure that panic attacks follow:

The person may describe having a feeling of unease or a panicky feeling, they will notice that their heart rate increases and that they are having an impending sense of doom inside their body, however they will not able to acknowledge what it is. This for some individuals can last for a few minutes however for others it will build on them and will last for 10 minutes or more.

The term panic attack is describing everything that makes up an attack. Starting from the pre-attack and going onto the post-attack- the moment when the individual experiences pure terror or the peak of the attack that will last for less than a minute, for some persons they will find that it rises instantly before, and then it begins to decline. The height of the attack can be just as severe as the panicky feeling that leads up to the actual attack. The start of the attack to the completion usually lasts for 10 minutes.

Once the attack has taken place, there is a slow decline. For some persons, this will take place over a few minutes. For others, this can take several hours that usually leave the person feeling drained. The average recovery time for some individuals stands at 30 minutes. The attack will leave them feeling tired for hours.

The average length of an attack for most individuals is ten minutes this factors in the time it requires to build up and then peak. The reality is there is more to a panic attack than just a building up and peaking.

Once you have a panic attack the after effects may require some time to stop. There is rapid heart beating, concentration issues, and confusion that may last for several hours. For some persons, they may experience a bout of depression that is as a result of the attack. Other individuals will focus on their physical symptoms to such a degree that they expect another attack to happen in the coming days. 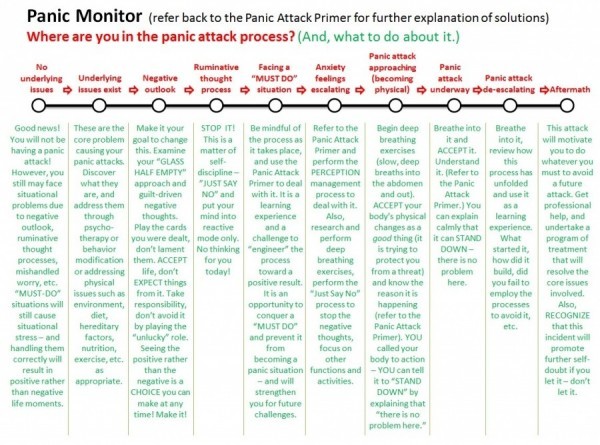 Image @ Where Are You On The Panic Attack Timeline? (wordpress.com)

How To You Stop A Panic Attack?

So how to you stop a panic attack in the first place, and is it possible to shorten the experience?

If you have a history of panic attacks you first order of business should be bringing them to an end. There are several things that you can do to stop a panic attack, some of which will even shorten the attack itself and reduce the severity of the attack. These are:

For many persons, the worst part of an attack is when they begin to hyperventilate. Hyperventilation is which you take into much oxygen and let out too much carbon dioxide, this causes the person to feel as though they are suffocating, which causes you to breathe more. This is one reason the symptom gets worse during a panic attack. Control breathing by allowing a 15 second for each breath, breathing in slowly and likewise breathing out slowly.

The longer you remain in your head the worst and longer the attack will be. You can get out of your head by letting those around you know that you are experiencing symptoms of a panic attack, or you can find ways of distracting your mind. You can make a phone call, even when there are persons around you; this is an excellent distraction because having a conversation over the phone requires a considerable level of mental concentration. Always ensure that there are persons whom you trust so that you can call them when the need arises.

Walking is another good way of reducing panic attacks or their severity. Walking bolsters youth blood flow and helps you regain your carbon dioxide levels; also walking allows the brain to be distracted allowing you to recover from the panic attack.

There are a few tools that will help you reduce the panic attack or prevent it from happing in the first place. How long do panic attacks last will be determined on the tools and strategies that you use to ensure that it is cured forever.

How Long Do Panic Attacks Last?

Do Yeast Infections Go Away On Their Own?