Over the past few years, stroke has been rated as the third cause of death in the US. It has also tremendously increased among young women, and that is why it is important to know the Stroke Stroke symptoms of a stroke in women. 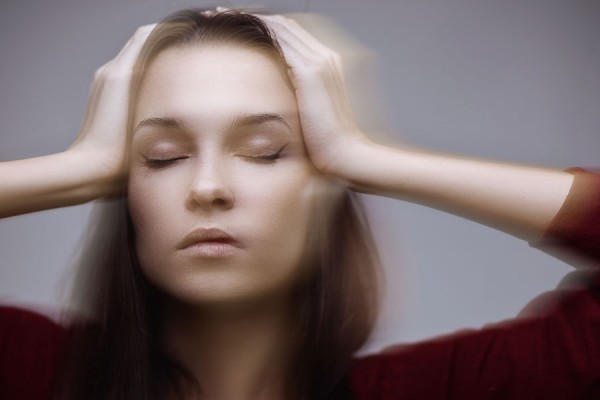 Knowing everything about this dreadful disease is a bonus for any woman. This is because you will be ahead by one step since you will not be caught by surprise. If you are fully aware of the symptoms that are associated with stroke then, you can go to the doctor early enough before anything serious happens.

Would you know as a woman if you are about to have a stroke? Or would you know if you have the symptoms of a stroke? This is a very important information that you should not fail to know about. Research and reports show that women have a higher chance of getting a stroke than men. It also shows that nearly half a million women experience stroke every year with 77,000 of them dying from causes related to this disease.

Knowing about the symptoms of a stroke in women will not only help you, but also you will be able to help others who are victims of this fatal disease. So what causes a stroke? A stroke occurs when a blood clot forms in a part of the brain or when a blood clot forms in the blood vessels and travels to the brain. This causes the cell in the part of the brain affected to experience a shortage of oxygen and to die off.

The Most Basic Symptoms of a Stroke In Women

If at any point in your life these five symptoms unexpectedly appear, you are probably having a stroke. 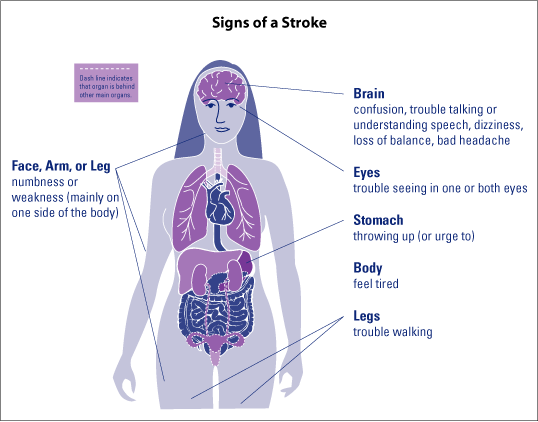 Image by Women and Stroke – Veinskin.com

These Symptoms Can Be Experienced by Both Men and Women

On the Other Hand, These Symptoms are Mostly Reported by Women

If at some point you suffer from these abrupt symptoms or someone you know is displaying these symptoms; a stroke is imminent. Analyze the individual for unusual behavior such as unresponsiveness, disorientation, confusion, agitation or hallucination. At this point, it would be wise if you have already called the paramedics.

Experts say that it is extremely important for a woman displaying signs of a stroke to get immediate medical attention. If you are fully aware of the symptoms of a stroke in women then, you should not hesitate getting the victim to the nearest hospital. Doctors need to administer the victim with tPA (tissue plasminogen activator) as soon as the test reveal that the individual is a victim of a stroke. This a treatment that breaks the blood clots that formed in the victims’ brain.

With this knowledge women can apply it in helping themselves and others who are in need of their help. Women will be able to tell if they are about to be a victim of a stroke or if some is.

Do Yeast Infections Go Away On Their Own?

Overview Of Diet After Gallbladder Surgery

How To Whiten Teeth Fast? Everybody Wants To Know

The Effectiveness Of Oral Appliance For Sleep Apnea