People who suffer from panic attacks will describe a sudden and overwhelming feeling of terror that quickly strikes with no warning. The attack takes place at any time even while sleeping. Many persons who have the symptoms of panic attacks often believe that they are experiencing a heart attack, or they are dying or losing their mind. The terror and fear that the person’s experience is not proportionate to the actual situation, and it may be entirely unrelated to the actual situation at the time. 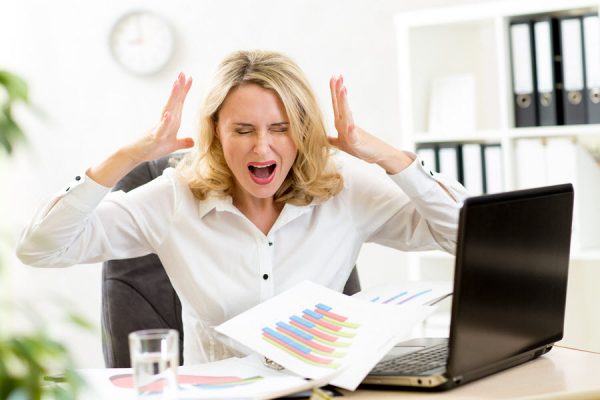 Once someone has a panic attack, during a regular errand such as shopping in a crowded location, or while driving or taking an elevator, this person may develop irrational fears otherwise called phobias, regarding the situation and they will make every effort to avoid such situations. Over time, this pattern of avoidance along with their level of anxiety as they wait to experience another attack,  causes them to harbor thoughts and ideas that when they engage in certain in certain activities that preceded their first attack eventually leads to another future attack. This cycle will prevent the person from doing normal activities such as driving or even wanting to go outside of their house. At this level, the person can be diagnosed with a panic disorder or agoraphobia. There are two distinctions of panic disorders; these are panic disorders with agoraphobia and panic disorders without agoraphobia. Like other forms of mental illness, panic disorders can cause serious problems for persons during their daily life; these people will need to seek the necessary treatment to have this corrected.

Individuals who have panic attacks have reported several of the following symptoms:

Panic attacks are usually short and will only last for about 10 minutes or less. The problem is that many of the symptoms will persist for longer periods. Persons who have experienced one panic attack are at a greater risk of experiencing other panic attacks when compared to those who have never had such an attack. When the attack happens on a regular basis, and there is concern about having other episodes, the person has a condition that is called panic disorder.

Individuals who have panic disorders are general fearful and quite anxious, as they cannot predict when the next episode will take place. Panic disorders are relatively common, and it affects rough 6 million people across the USA. Women are at greater risk when compared to men and the symptoms of this disorder begin during early adulthood.

There is still no definite research available as to what causes a panic disorder. In many people there is a genetic predisposition to this disease, these people develop panic associations with significant events in their lives such as having a child, starting their first job, or getting married as major stressful events in their lives. There is mounting evidence that points to the fact that panic disorder tendencies run in individual families. People who have panic disorders will more likely suffer from depression, abuse alcohol, and other drugs or attempt suicide.

The good news is that panic attacks are a treatable condition. Medications and psychotherapy can be used together or by themselves to treat with a high level of success panic disorders. If you require medication, your doctor will prescribe anti-anxiety medicines or particular types of antidepressants. There is an individual family of drugs known as anticonvulsant drugs, these possess anti-anxiety properties, or a type of heart medication that is known as beta blockers which aid in controlling the episode of panic attacks.

The symptoms of panic attacks can be sudden and debilitating. Having a positive mindset will go a far way in countering panic attacks. For those who continually suffer from this illness, there is help. Adopting a routine of self-wellness through exercise and meditation will also improve yours over perspective on life that will help reduce panic attacks. Never feel ashamed to ask for help and always speak to someone about what you are experiencing.

References:
Symptoms of panic disorder : nhs.uk
What Are the Symptoms of Panic Disorder? : webmd.com

Do Detox Drinks Work For People Who Want To Lose Weight?