People should never exercise when they are hungry. There was an instance of a star basketball player getting into a tightly contested match that went into overtime. Being the star, he hardly got a break and was later on heard saying that he is hungry. He collapsed at the last minute of the game, brought to the infirmary, and the doctor’s verdict is low blood sugar. 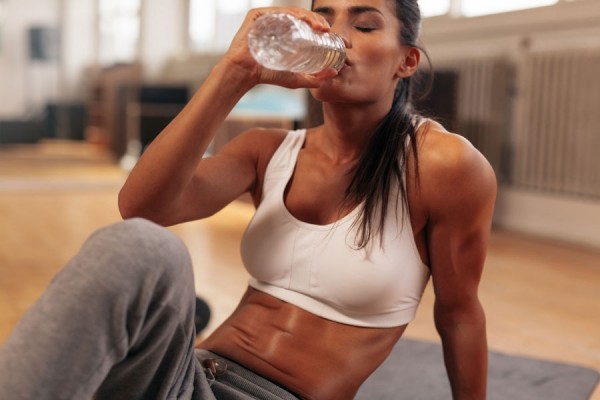 In general, that eating before a workout is needed to obtain enough energy to sustain the body through the grueling physical workout. There are those who claim that it is best to exercise on an empty stomach.

However, empty stomachs mean hungry and weak bodies and that doesn’t go well with physical exertion. Despite that, one should also not eat too much and too close to the exercise session.

Truth about eating before a workout?

Eating just before doing exercises lead to undigested food that does not help the body and worse, may lead to stomach cramps and a general feeling of a heavy and unresponsive body. Workouts are supposed to make people feel good, but if there’s a lot of undigested food in the body, the opposite might happen.

It is therefore recommended that eating before a workout be done 45 minutes to an hour where one should partake of small quantities of energy producing food.

What to eat before a workout?

Rich in sugar, vitamin C, vitamin B6, potassium, dietary fiber, potassium and sugar, banana is recommended by most fitness professionals.

This energy-filled food is easy to obtain, cheap and gets digested fast. Other than other nutrients, there is potassium that when released into the human body, it replaces the potassium lost through perspiration. It is recommended that one or two servings be taken 30 minutes before a workout. The banana may be sliced and sprinkled with cinnamon for added flavor and benefits. The individual can better judge if his body needs one or two.

Like the banana, apples are easy to obtain, cheap and contain both vitamin C, the moderate amount of sugar and soluble and insoluble fiber that helps sustain the body while in the gym. One or two apples depending on the size would be right.

Yogurt contains a lot of nutrients like calcium, vitamin B-2, B-12, potassium, and magnesium. Also, 3.2 grams of sugar can be found in every 100 grams of yogurt.

Like the Banana, Yogurt is easily digested by the body and provides energy that sustains the workout. The dried fruit has sugar content to keep the blood sugar at stable levels during the exercise routines. Yogurt is also light on the stomach and does not provide that feeling of sluggishness after a meal.

Fruit smoothies are easy to prepare, delicious, and contains easily digestible sugar and carbohydrates. Those nutrients get released into the body and become a healthy sustenance during the workout. It also contains protein that helps the body recover after a grueling session at the gym.

The amount of smoothie to be taken will depend upon the size of the individual as well as the kind of exercise to be done.

A half a cup of oatmeal cooked with milk contains 190 calories. It is light on the stomach and high in dietary fiber that gradually releases nutrients to power the workout.

There are experts that say caffeine in coffee boosts energy levels making the individual enjoy the workout a lot more compared to when they don’t. Controlled tests had been done on people who take placebo before a gym session and a group who had coffee. The people who had coffee reported having enjoyed the exercises a lot more compared to the group that only had a placebo.

In closing, food means energy and it is indispensable for the human body. People need it every day and most especially before a workout. However, not all foods are advisable as before exercises, and food has to be taken at the right time so that it will release the right amount of nutrients to power the workout. Eating before a workout and a list of what to eat it is sufficiently tackled in this article. All that one needs to do is follow it.

Why Strength Training Is Called The Fountain Of Youth?

How to Get Rid of Sore Muscles? Tips for Women

Natural Ways – How to Make Your Teeth Whiter?

What Not To Eat When Pregnant? (Foods to Avoid)

What Is Bioidentical Hormone Replacement Therapy?

How to Stop a Panic Attack