In terms of romance, men have generally considered women with a smaller waist-to-hip ratio to be more physically attractive. Wherever they go, compliments that revolve around their physical shape follow suit. 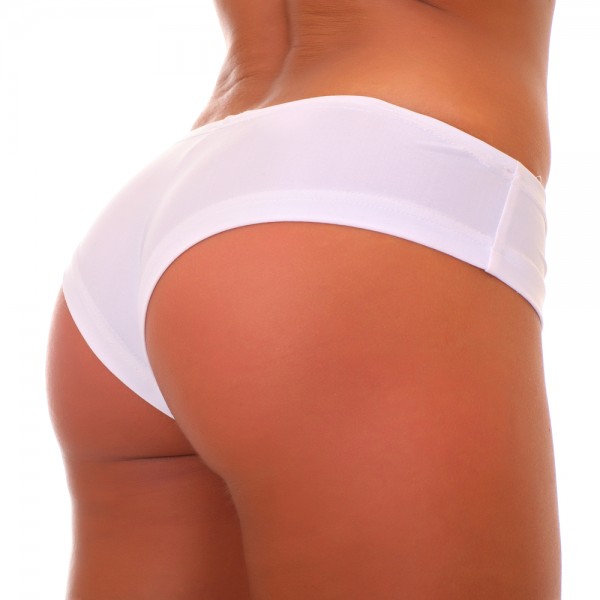 The sex appeal of curvaceous women does not only attract the opposite sex. Many other envious women have also put these women high up on the pedestal, worshiping them and praying for similar figures. This is part of the reason why many celebrities strive to achieve curvy figures as well. Most people consider the perfect measurement of a woman’s figure to be 36-24-36.

Aside from oozing sexual appeal, it has also been widely perceived that women with bigger hips are significantly more fertile. While many people have dismissed this an old wives’ tale, several scientific studies have actually established a valid foundation for this theory. A landmark research that supports this claim was conducted by the Department of Psychology University at Albany, NY and published in 2013. Among the list of its findings, this test also managed to establish a positive link between low waist-to-hip ratio and higher fertility rate.

In a separate research conducted by the Harvard University in Boston, experts found that women with an average waist-to-hip ratio of 0.72 have 37% more fertility hormones in their body. The experts went on to provide that with this enhanced fertility rate, curvaceous women are 3 times more likely to get pregnant as other women.

While the concepts and general public opinion above have been around for most of the century, a compelling study was released in 2007 that radically changes the whole game plan. The research was a joint initiative between the Department of Epidemiology, Graduate School of Public Health, University of Pittsburgh, USA and the Department of Anthropology, University of California at Santa Barbara, USA. The researchers set out to determine the authenticity of the theory that women with more fatty deposits in their bottoms produce more polyunsaturated fatty acids that can fundamental aid in a child’s neuro development. In laymen terms, the research aimed to address the concept that women with a lower waist-to-hip ratio will produce kids with enhanced cognitive abilities.

The experts obtained their data from the Third National Health and Nutrition Examination Survey. Based on thorough analysis of all the information available and compensating for other correlations, the research conclusively discovered the following findings in women with lower waist-to-hip ratio:

The underlying breakthrough in this study highlights that women with lower waist-to-hip ratio have more nutrients and resources available during Pregnancy period to aid in a child’s neuro development. Ironically, this distinctive trait coincides with men’s general preference for curvaceous women.

The comprehensive study explored various aspects of women with lower waist-to-hip ratio and built its research around the following previously established theories:

While many consider the waist-to-hip ratio to be an unreliable indicator of fertility, the question of why women store more fat in their gluteofemoral area still remains a big mystery. The experts pursued the hypothesis that abdominal fat and gluteofemoral fat have distinctively contradicting traits in regards to the provision of vital omega 3 fatty acids essential for the neuro development of an infant or fetus. More specifically, they hold the belief that fat in the lower body generously aids in brain development but on the other hand, upper body fat content restricts the supply of these nutrients.

Based on their sample models and analysis the researchers explained their findings:

In a follow-up study, researchers identified the main factor that allows curvaceous women to produce smarter offspring lies in the way their body handles fatty acids. It was determined that mothers who produce breast milk with high concentration of omega-3 docosahexaenoic acid (DHA) directly aid in their kid’s cognitive test scores. In contrast, higher levels of omega-6 content found in breast milk leads to a lower cognitive test score.

Not surprisingly, the type of fat stored in the gluteofemoral area is enriched with DHA and is channeled in the breast milk production process. This gives it the unique capability of enhancing a child’s neuro development.

The general female population is constantly under scrutiny of their physical figures. Most men would gawk at any woman with the perfect hourglass shaped figure and beauty pageants also dedicate a large percentage of their scoring system to these attributes. While all these factors only have aesthetic purposes, scientists have discovered that women who possess a lower waist-to-hip ratio are more likely to give birth to smarter kids. This is due to the high concentration of DHA stored in the gluteofemoral area while then converts to breast milk and is delivered to their newborns. Enriched DHA content helps to stimulate neuro development and allows these kids to score better on cognitive tests. Although this finding might provide another excuse for men to feast their eyes on women, it fundamentally serves as a scientific breakthrough to help the scientists understand the link between mothers and their offspring.

Kelly Everson is an American author and having MA in English literature. After spending time as a writer in some of Health Industries best websites, she now works as an independent researcher and contributor for health news related website like Consumer Health Digest. In her spare time, she does research work regarding Beauty and Women Health, Fitness and lifestyle blog, which acts as a fuel to her passion of writing. When she is not researching or writing, you can find Kelly staying active, whether it be practicing yoga or taking swimming classes. Connect with her on Facebook and Twitter.

The Getting Pregnant Plan (How To Get Pregnant Fast?)

How Do You Know If You Are Pregnant?

How To Get Pregnant? – Know About This Tips

What Not To Eat When Pregnant? (Foods to Avoid)

Signs Of Colon Cancer In Women And Early Prevention