Many women think that being healthy means simply avoiding fried chickens and heavy burgers from fast food restaurants and switching to other choices, particularly ethnic foods which include the Indian cuisine. But is Indian food healthy? This article will answer for Is Indian Food Healthy? 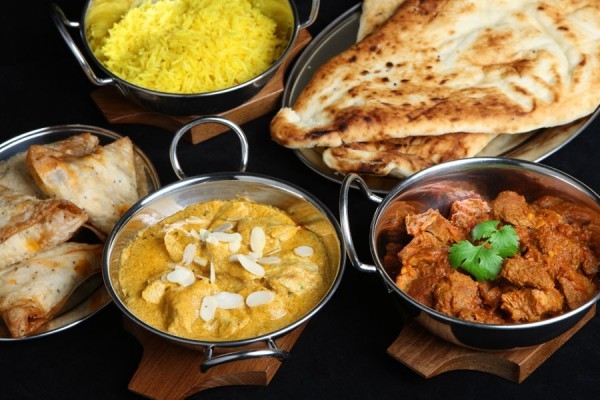 It's good. Indian food is a good choice for health-conscious individuals since it caters a lot of grains that are filled with fiber and at the same time, less in animal protein. Indian cuisines are also popular for its vegetables in various recipes.

It's downside. You might first think that it’s totally healthy since there’s no coke and fries along with it but just like any other cuisines, Indian food still has its own downsides. An example is the popular use of oils in their recipes that seems not so healthy for women.

Another problem is that many Indian food and meals are general prepared with ghee (clarified butter). The naan bread, for example, is prepared with ghee just before serving. Many also are sautéed or fried in which the use of saturated fat is very high.

Healthy choices. You can always have the healthier choice in eating Indian food. Here are some of the healthiest choices from the Indian menu.

Optional Information: Food Factor, Choosing Healthy Indian Spices (Tips For Healthy Eating)
I found this on youtube.com – Indian spices not only add flavor to the food. But they have medicinal properties as well. (See the Video) Learn about spices and wonders they can do with this video.

So is Indian food healthy? The answer is it's not that unhealthy, but it's not extremely healthy either. But the majority of which are delicious. Just like in other cuisines, Indian food may not be pure healthy but that doesn’t conceal the fact that a lot of recipes and meal under such cuisine are still very healthy and perfect for you.

Overview Of Diet After Gallbladder Surgery

How Many Calories Are In A Banana?

What Is a Yeast Infection? – Cause and Symptoms

How To Prevent Yeast Infection? – Know About This